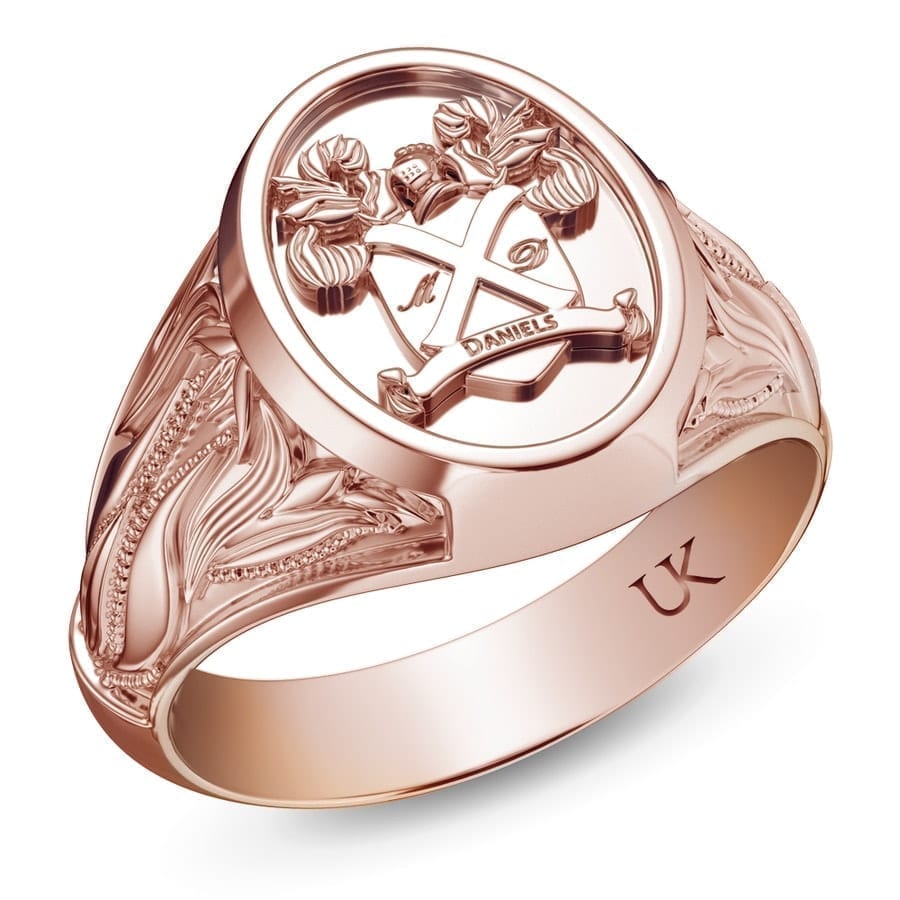 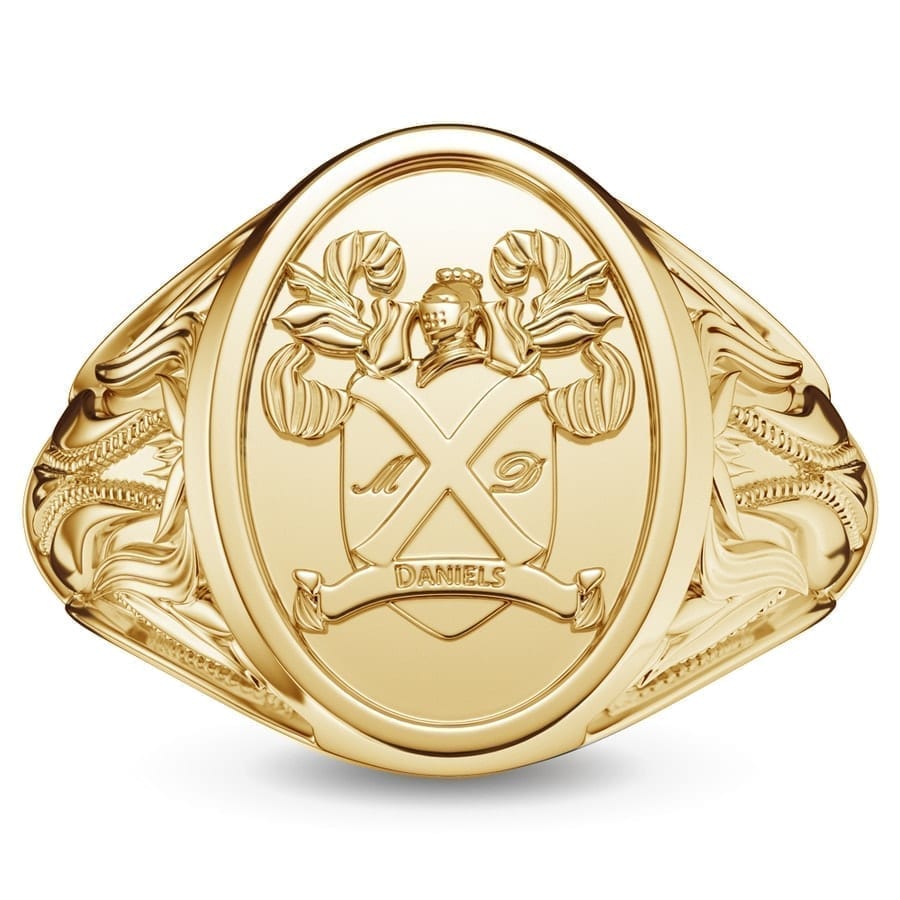 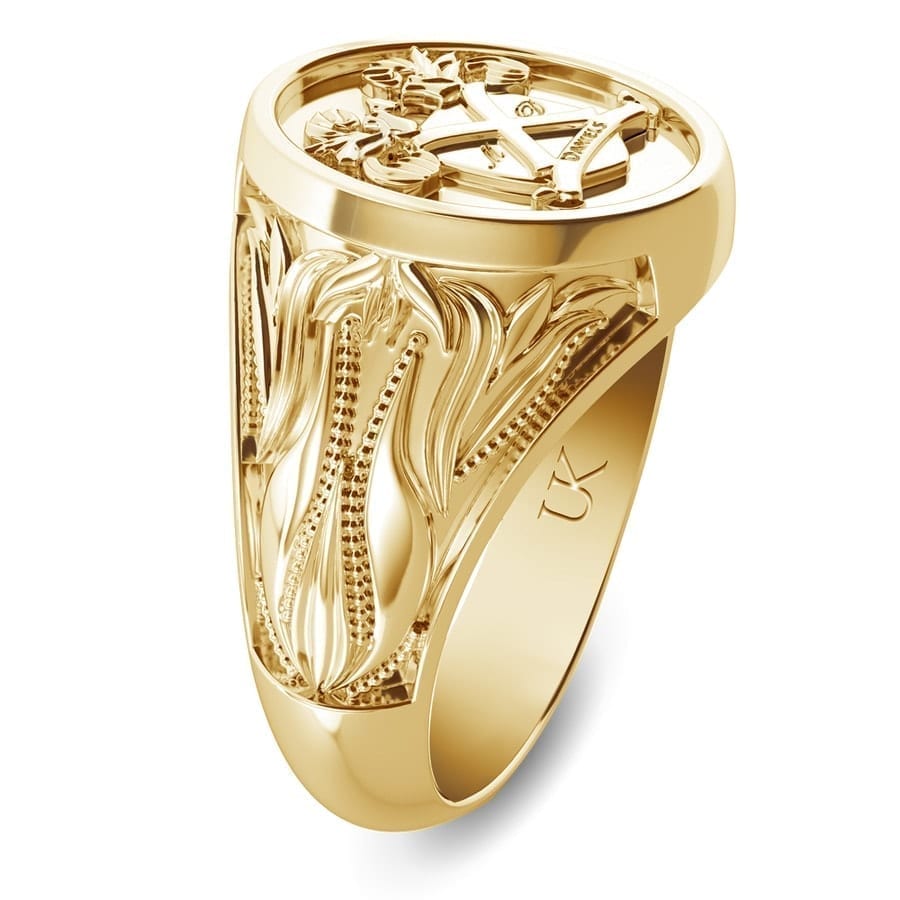 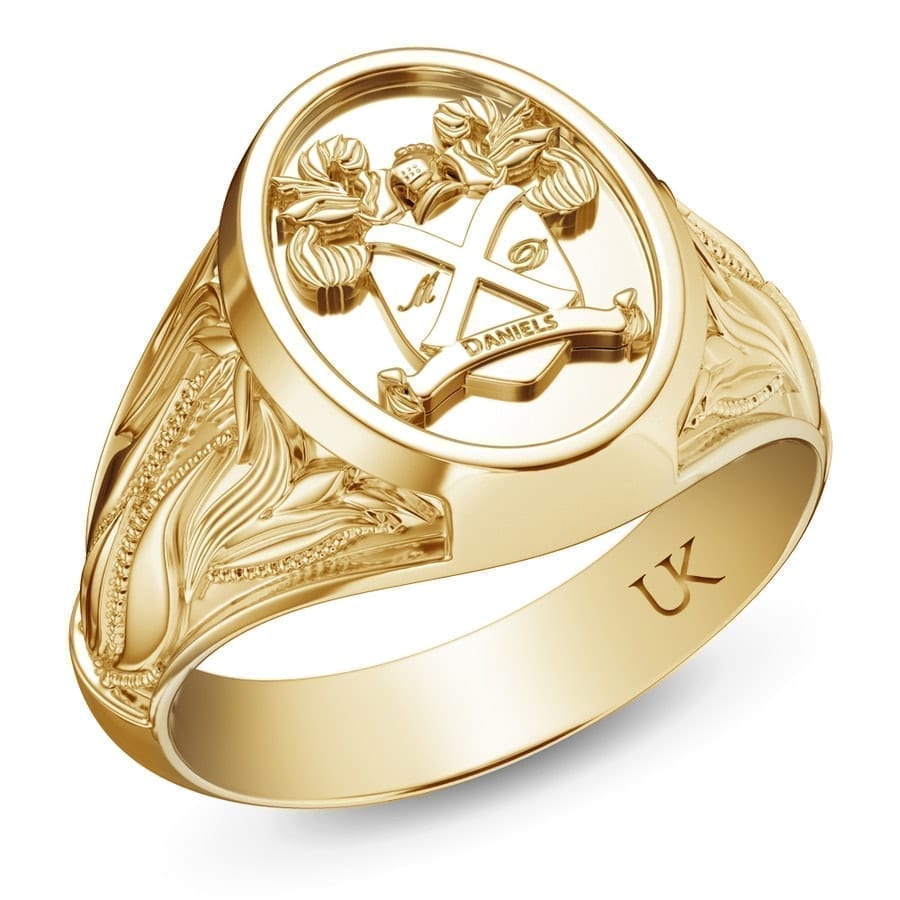 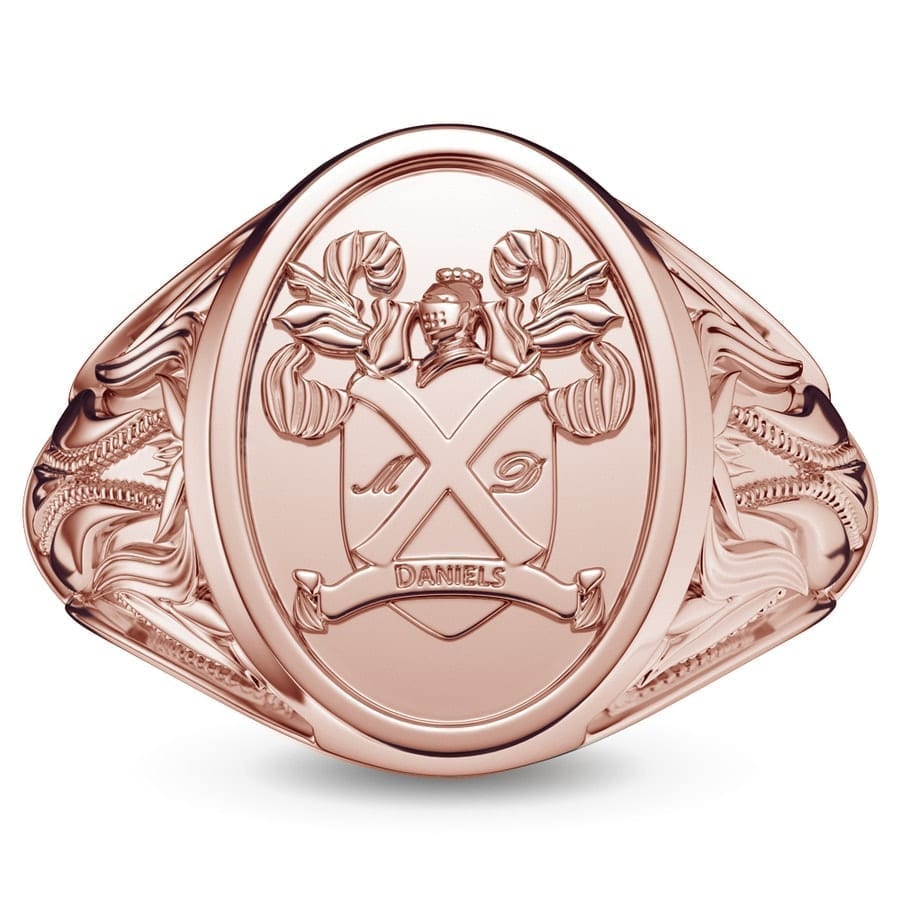 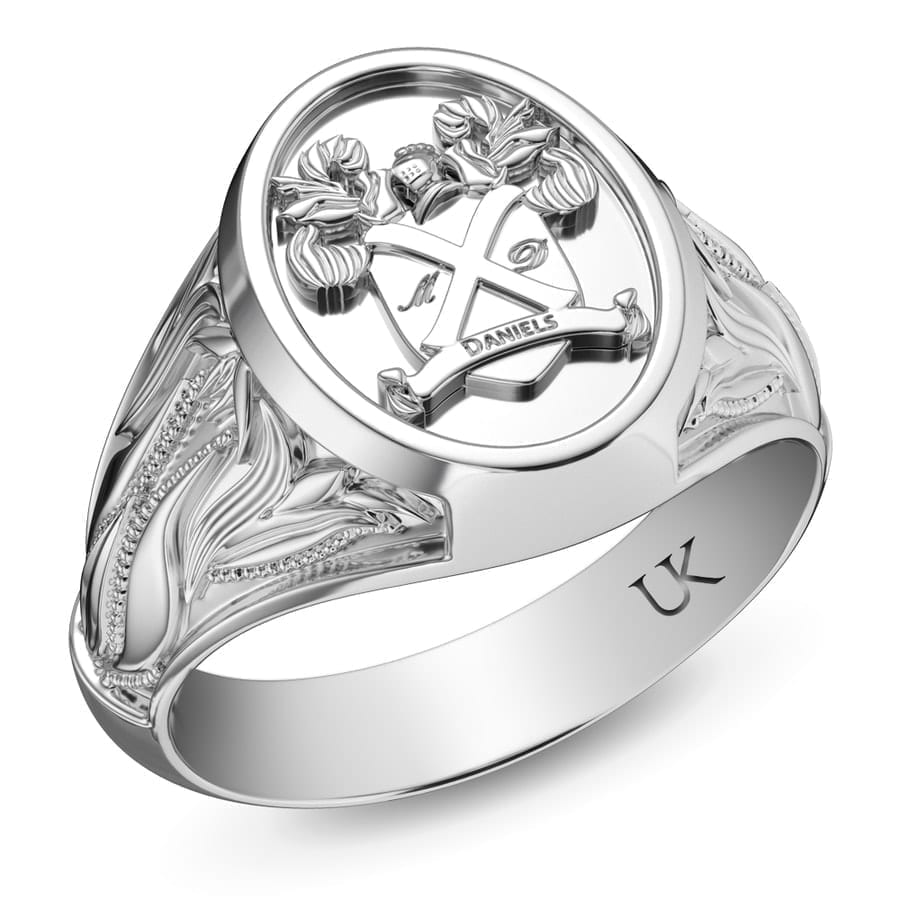 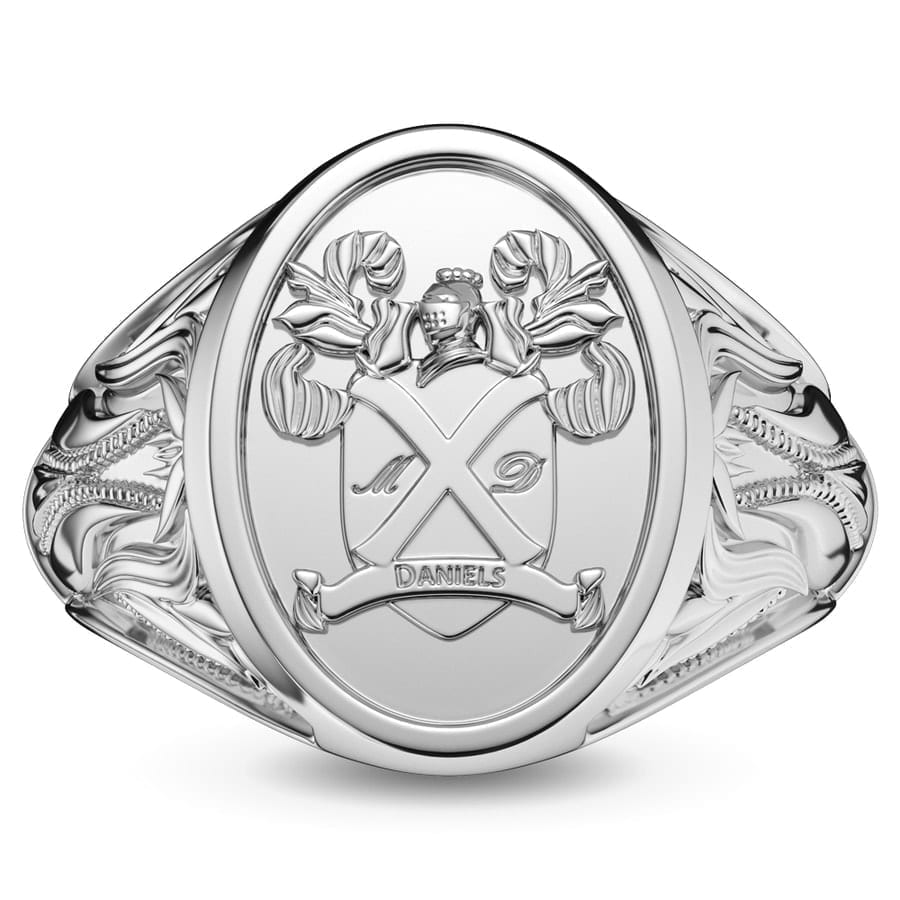 This custom-made signet ring is crafted in quality and of of grand style and great durability. You can wear this signet ring with a blank face or have it engraved for individual personalisation, often with a family crest, hence the family crest ring description.This rings pricing was based on an average finger size M.
Bask in the unforgettable radiance and luxury with this enduring Signet Ring.

Speak to one of our designers and adapt this design to your style and budget or use it as inspiration and create something bespoke.

Our Design Library | Previous Projects | About Us

History of the Signet/Family Crest Ring
There seems to be an innate movement towards really knowing who we are and identifying with that. The signet ring is a symbol of exactly that: this is who I am, this is my family, my history, my crest. This is my bloodline, and this is who I bring into the future with me. Whether you opt to have a signet ring made now, or you pass one on to the next in line, the sentiment remains the same as it did when signet rings were first used – this is a sign of status and this is a sign of authenticity. This is who we are. Though crest or signet rings were initially intended to be functional, the status that accompanied the wearer of the ring became something that was arguably more important than the impressions made by the ring on clay or wax.
Signet rings functioned as corporate seals and signatures do today, and were typically worn on the pinky (smallest) finger on the weak hand of the wearer. Thus, the ring was easily used and, we recon, as they became more ornate and embellished with bloodstones and family crests, easier to see. Aristocracy, kings and the wealthy would stack their rings, flashing their personalised signet rings for others to see, as these insignia rings were truly one-of-a-kind, as most were destroyed when the owner passed away to avoid forgery. Speaking of corruption, the seals created by these rings were incredibly difficult to tamper with as their designs were never reproduced, and often, for the very wealthy, each bearer of a ring would perform something personalised identifying him specifically.

Nowadays, signet rings do not have the same function as they did, but there is something about the sense of belonging and what that represents that seems to be making a comeback. People like identifying with something, albeit a cause, an organisation, a fraternity or a family. And though some signet rings may look a little different to the ones of old, the heart behind modern-day signet rings is the same heart that has prevailed since 1400 BC: this is who I am and this is who I bring into the future with me. 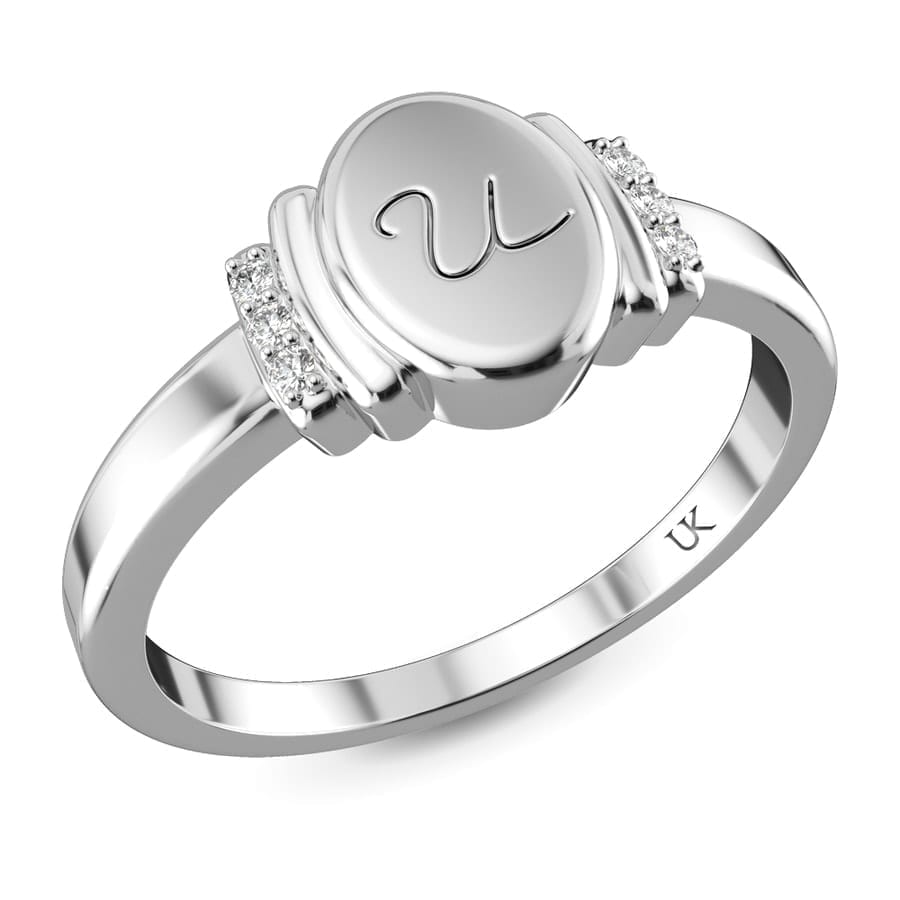 Signet Ring with Side Diamonds 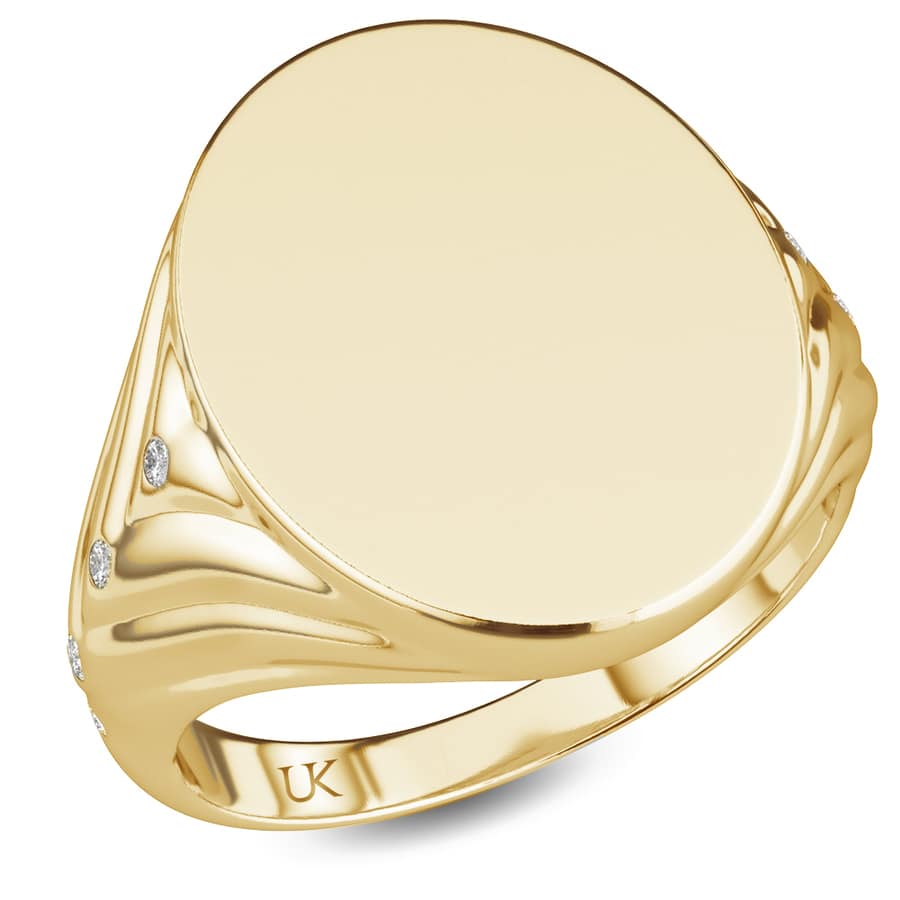 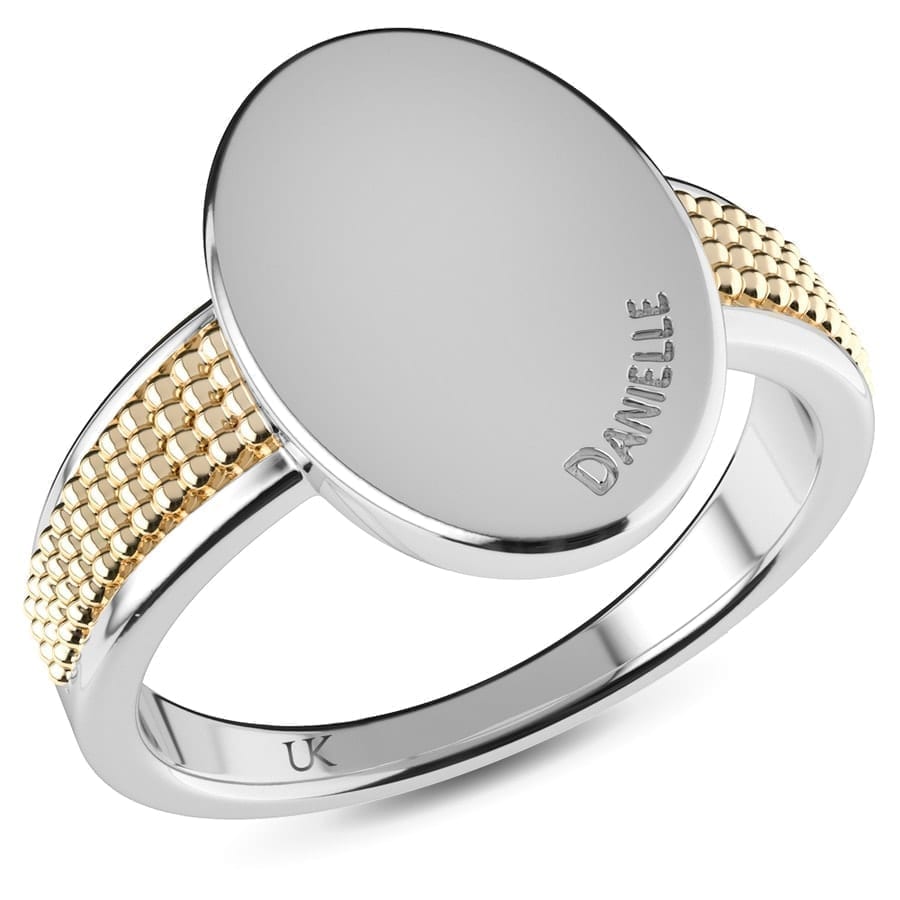 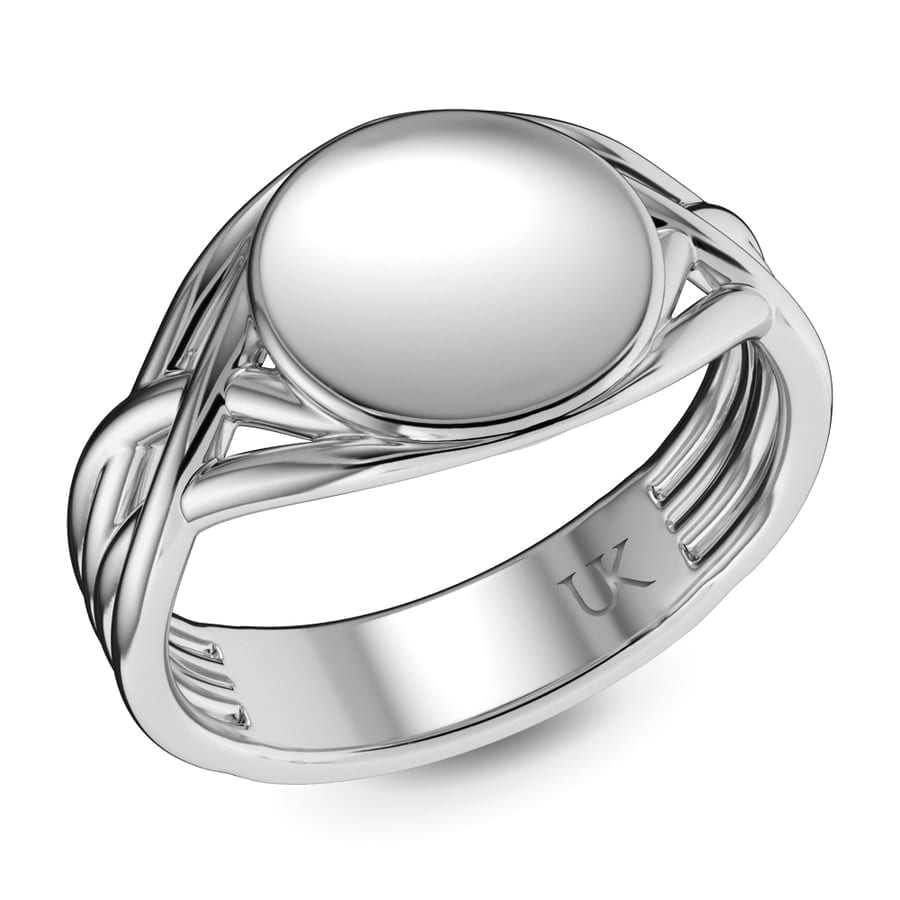