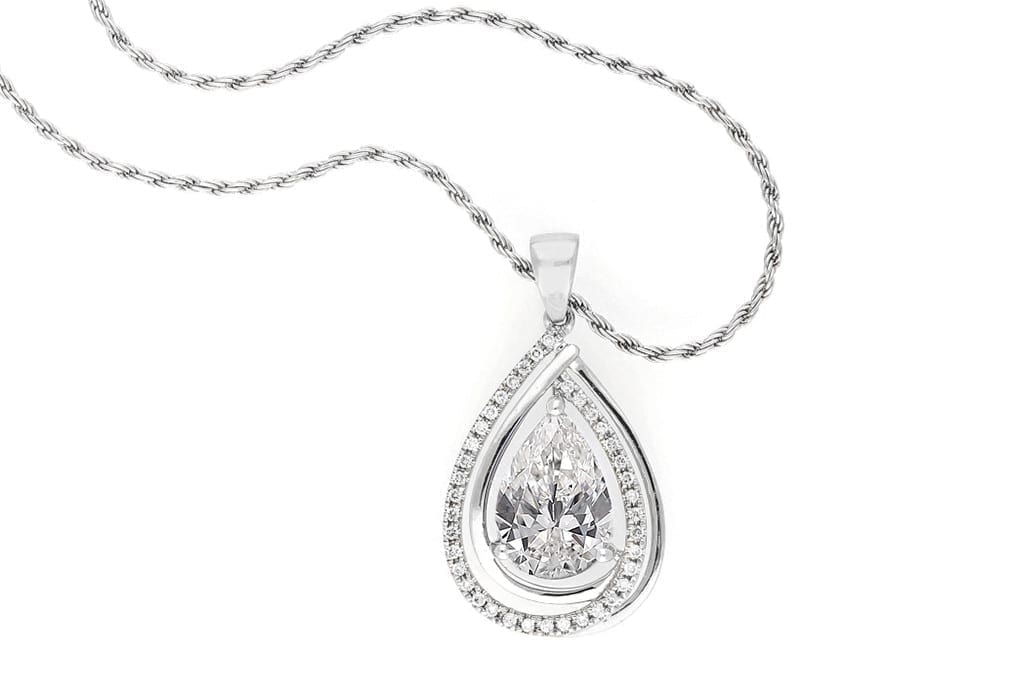 The pear-shaped diamond, often referred to as the teardrop shape, has a round bottom and a narrow pointed top. It is a perfect combination of the round brilliant and marquise cuts.

Whilst less popular than other cuts, it has been around for hundreds of years. Perhaps the most famous pear-shaped diamond is the Taylor-Burton diamond, a magnificent stone of just under 70 carats. It was originally cut by Harry Winston and set in a platinum ring. It sold in 1967 and was put up for auction in 1969. Cartier Jewellers won the bid but the actor, Richard Burton, was determined to get the diamond for Elizabeth Taylor so he bought it from Cartier for USD1.1 million.

Elizabeth Taylor eventually had the diamond reset into a necklace, deeming it too large for a ring. She had to be accompanied by armed guards when wearing it in public so she had a replica made for just USD2,800. The original diamond was later sold and is now with Robert Mouawad Jewellers.

The pear-shaped diamond is often used in pendants and earrings but it is highly versatile and can be worn as a solitaire in a ring or even as side stones. In a ring setting, it is very flattering as it has the effect of elongating the fingers.

It is important that the setting has a claw at the tip of the shape as this area is vulnerable to chipping. The colour is also important. Pear shaped diamonds over one carat may seem darker at the tip, which leads buyers to purchase one colour grade higher than what they normally would.